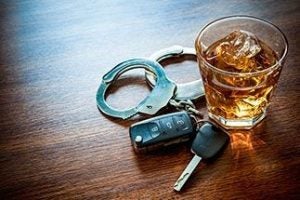 In Massachusetts, if you are charged with DUI and you have been previously convicted or assigned to an alcohol or drug education, treatment or rehabilitation program in Massachusetts or in any other state because of a DUI charge or any “like offense,” such as driving while ability impaired (DWAI), you are considered a second offender. The Registry of Motor Vehicles will suspend your license for 2 years if you are convicted of DUI.

If you refused to submit to a breathalyzer, with a prior offense, you will lose your license for 3 years for the refusal. If convicted, the 2-year DUI suspension will follow the 3-year suspension. You cannot be considered for a hardship license until the 3-year chemical test refusal suspension expires.

As a 2nd offender, upon reinstatement you will be required to have an ignition interlock device on any hardship license and for two years after the removal of your hardship restriction.

The penalty for a 2nd offense OUI in Massachusetts is a minimum of 60 days up to 2½ years in a house of correction, a fine ranging from $600 to $10,000; plus a $250 Head Injury Assessment and $50 Victims of Drunk Driving Assessment. A 2nd offense DUI conviction cannot be filing, continued without a finding (CWOF'ed) , and there can be no suspended sentence or probation until 30 at least 30 days in jail are served. The court can issue an alternative disposition of no immediate jail time but require you complete the DUIL and Aftercare Programs.

It is important to remember that out of state DUI offenses count as a prior offense.

If you are a 2nd offender of facing a DUI 2nd offense charge in Massachusetts, fill out the contact form for a free consultation with Attorney Gilman.