Athol and Orange Police responded to a report of single car accident where the vehicle had sustained front end damage, a blown tire, and the airbag had deployed. One of the responding officers testified that once on scene the client's speech was slurred, his eyes were bloodshot, and he emitted a strong odor of alcohol. The client was asked to complete field sobriety tests which he at first refused. The officer further testified that the defendant stated he had eight drinks that evening. The officer testified that the client failed the nine-step walk and turn and the one leg stand. Based on these facts, the defendant was placed under arrest. Booking video of the client appeared to show he was disheveled, unsteady on his feet, and visibly upset.

Prior to trial, Attorney Julie Gaudreau was able to exclude the client's portable breath test result of .23. At trial, Attorney Gaudreau was able to cross examine the officer, showing that the client did not specify a time period in which he consumed the drinks. She challenged the Commonwealth's position on the cause of the accident, asserting it was the blown tire. She demonstrated with the Commonwealth's own evidence that the defendant was courteous, cooperative, and appeared sober throughout the ordeal. She was further able to show several limiting factors that may have contributed to the defendant struggling with the sobriety test. This comprehensive defense undermined the Commonwealth's main assertion that the defendant exhibited signs of intoxication.

After deliberating for only fifteen minutes, the jury returned a verdict of NOT GUILTY. 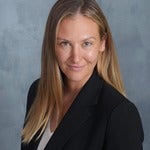