Barre Police pulled over our client due to having an expired inspection sticker. The arresting officer detected an odor of alcohol coming from the vehicle. Our client admitted to consuming three Budweiser Beers prior to operating. The client was asked to exit from his motor vehicle and complete field sobriety tests. The arresting officer testified that our client missed touching heel to toe during the 9-step walk and turn, counted incorrectly and took too many steps. The officer also testified that our client did not count quick enough during the one-leg stand, counted 11 twice and skipped over number 18. Based on these facts, the defendant was placed under arrest.

Prior to trial, Attorney Matthew Gilman was able to exclude the client's breath test result of .08. At trial, Attorney Gilman was able to cross examine the officer, showing that the client did not specify a time period in which he consumed the drinks. He was able to have the arresting officer agree that his clients driving was perfect. There was no evidence that our client was driving too fast or dangerously. He demonstrated with the Commonwealth's own evidence that the defendant was courteous, cooperative, and appeared sober throughout the ordeal. He was further able to show that our client actually did very well on the field sobriety tests. This comprehensive defense undermined the Commonwealth's main assertion that the defendant exhibited signs of intoxication.

After trial our client was found NOT GUILTY. 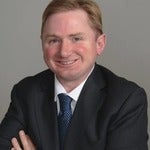